Are two punk rock scene
documentaries that I humbly
say I'm involved in providing
footage I filmed in the eighties. * 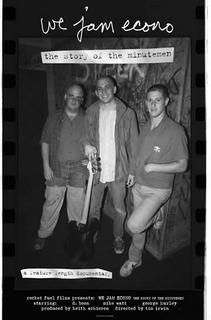 is all about
the san pedro group
THE MINUTEMEN
fronted by
the late Dennis D Boone.
Mike Watt and George Hurley
from this great punk rock band
graciously alloted this venture
created by Keith Schieron and Tim Irwin
skateboarders in Central California.
After HEARING the minutemen
as background to skate videos
they became fans, gathering history, clips -like mine
and blended together
with interviews done now with various
punk scene members as well as
mike and george's remembrences of their music
and beloved friend D Boone, making a
GREAT PRODUCTION now touring
world wide
www.theminutemen.com


Punk's Not Dead
by SUSAN DYNER of Washington D.C. 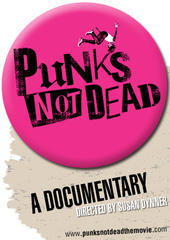 This upcoming film set for release in 2006
combines many views of the punk scene
in our world. My parts are L.A. at least that is
where I FILMED THEM 20 YEARS Ago.*
I am not sure which of mine that
Susan will use right now
since it is still in production.
I know they did interviews
in London and here.
The production is done
in a historical office building in Hollywood.
I have seen some of the current stuff they
filmed and are now putting together, well done !
www.myspace.com/punksnotdeadthemovie

note: I was asked to help
these producers by
Mike Watt and Keith Morris
respectively


NOTE: please see my other stories on the SCENE
PUNK ROCK SAVED MY LIFE"
"mott the WHOople?
[ was I alive ? ]
Rodney on MY PUNKrock